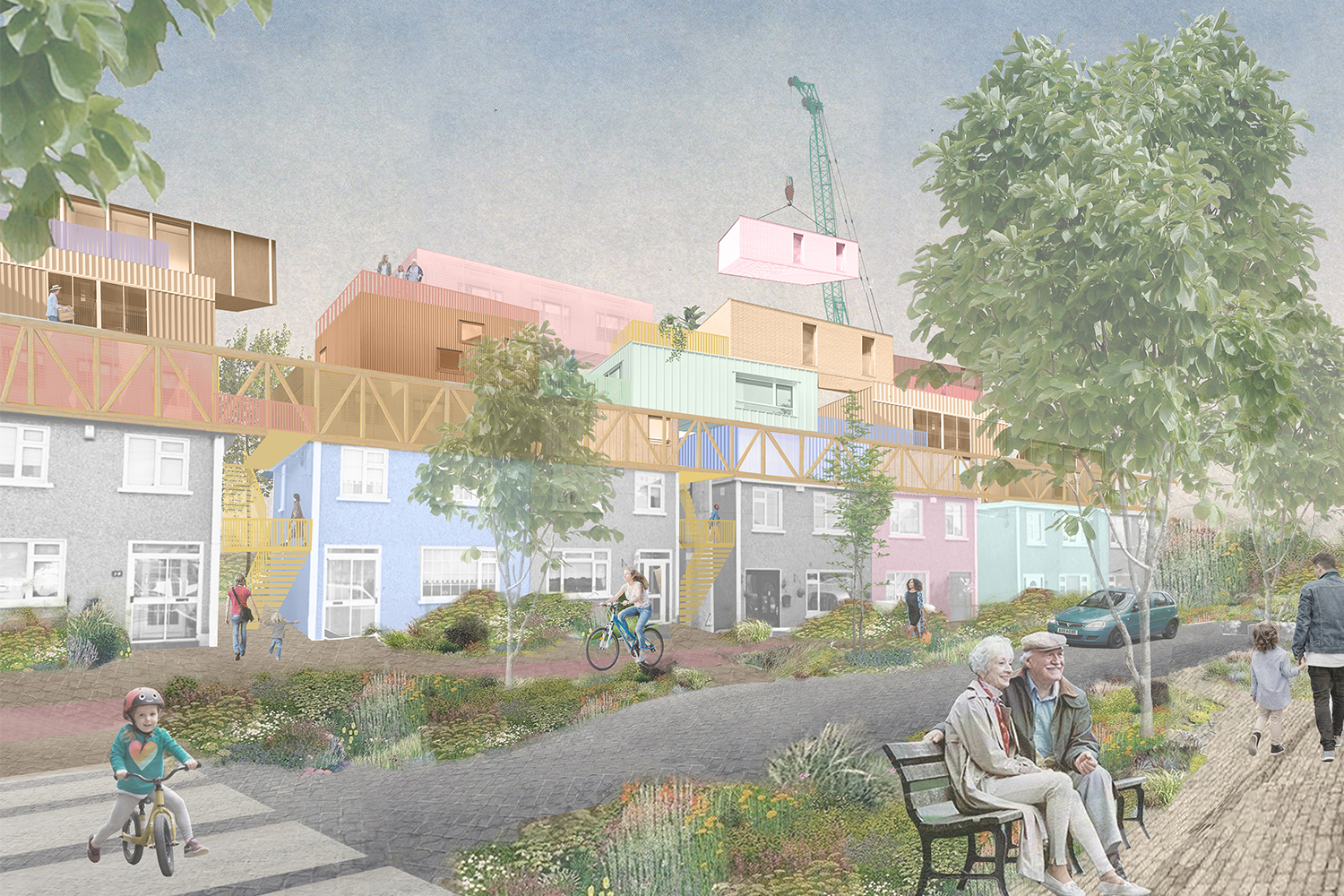 The Building Blocks of our City.

From sprawling suburbs to thriving communities. What makes a vibrant city?

Housing Unlocked is an Open Call for design ideas that will maximise housing potential in our towns and cities. Architects have an expertise in the complex framework for the delivery of housing in Ireland, and work within a broad range of codes and regulations. This places architects in a pivotal position to propose innovative ideas for improving housing supply and affordability and to meet national objectives in relation to urban regeneration and compact growth.

Our entry to the Irish Architecture Foundation competition, Housing Unlocked. Although we did not make the final selection, we believe that our radical proposal seeks to challenge the current status quo for housing in our cities.

TRANSPORT / MOVEMENT
Dublin is a city of 1.25 million people but has only one electrified train line and two tram lines. An infrequent, expensive bus service further contributes to car dependency, traffic congestion and air pollution. Cycle routes are unsafe and pavements are too narrow.

MIXED USE / VIBRANCY / ECONOMY
The area between the historic core and the M50 motorway is carpeted with 2-storey suburban housing estates built in the 20th century. The lack of accommodation options, shops, work spaces and other amenities results in monotony and a general lack of vibrancy. This low density pattern also creates inefficiencies in providing basic utilities such as water, drainage, power and communications.

AFFORDABILITY
Our proposed Building Block model has the capacity to at least double the density of
our city, thereby increasing housing supply and affordability. At its heart is a process of meaningful public engagement in parallel with simple revisions to the planning laws. The model could be coupled with financial measures, such as a site value tax, to generate significant revenues for improved public services such as childcare, healthcare and an extensive, sustainable public transport system. 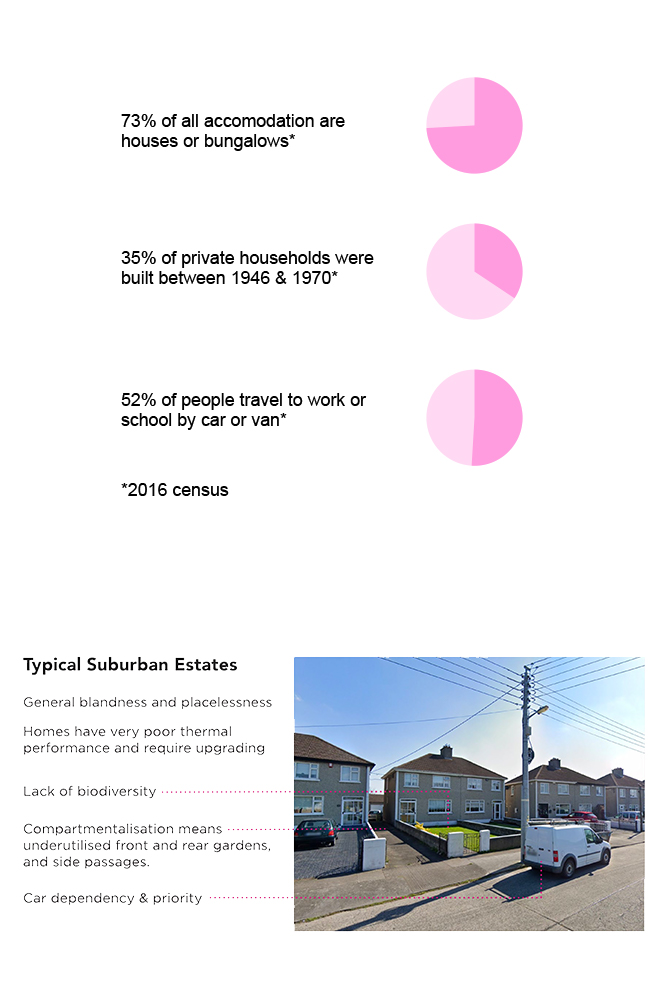 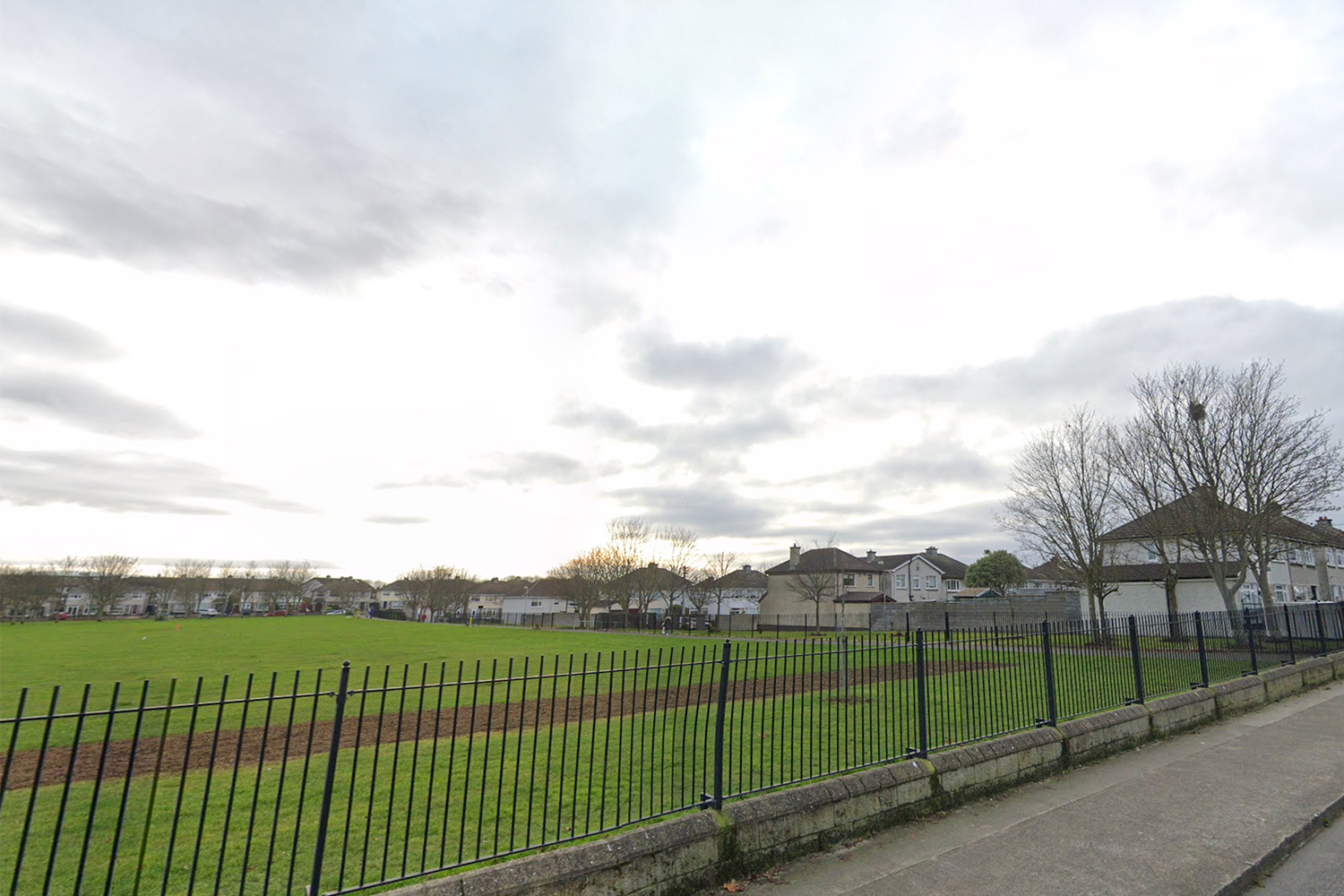 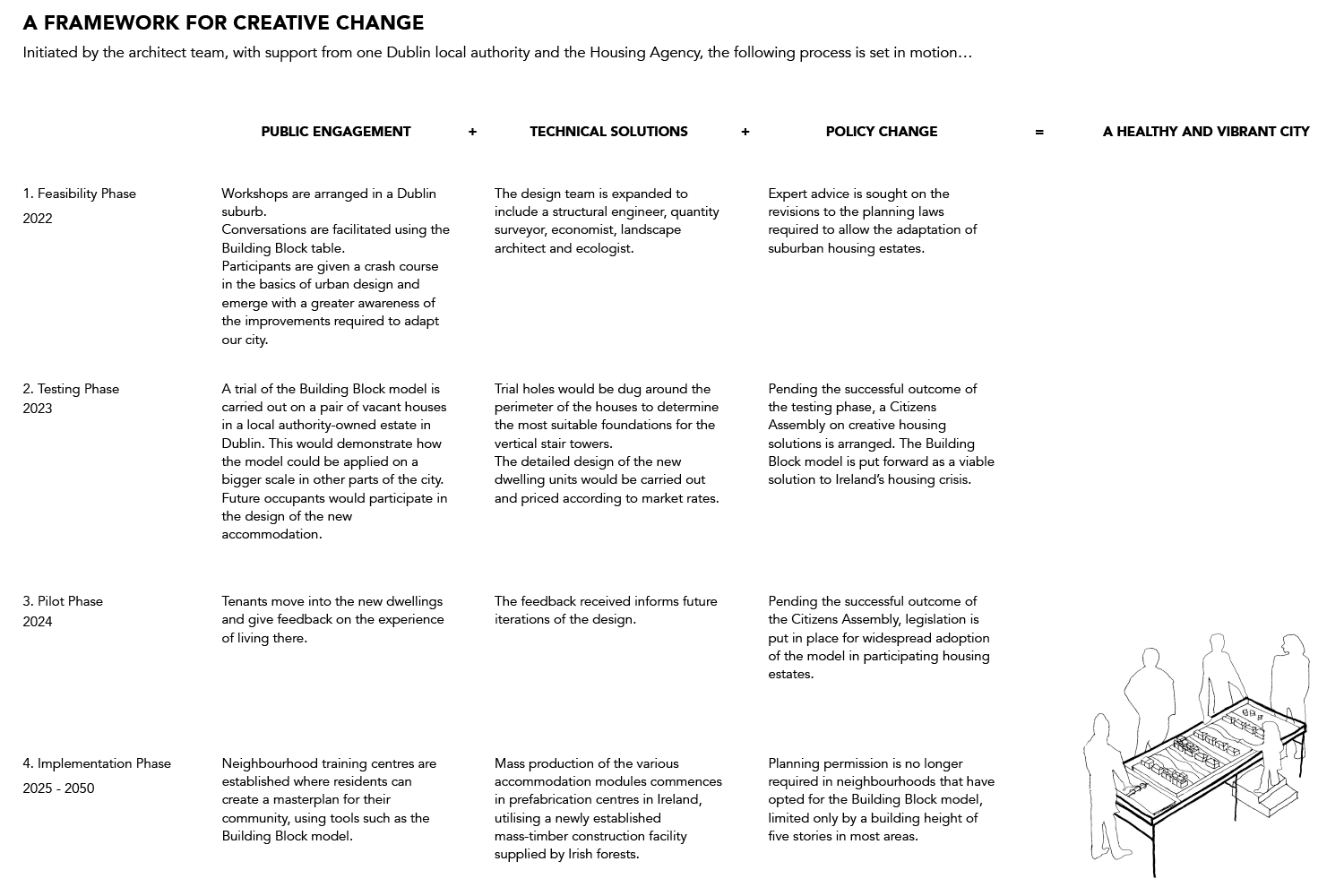 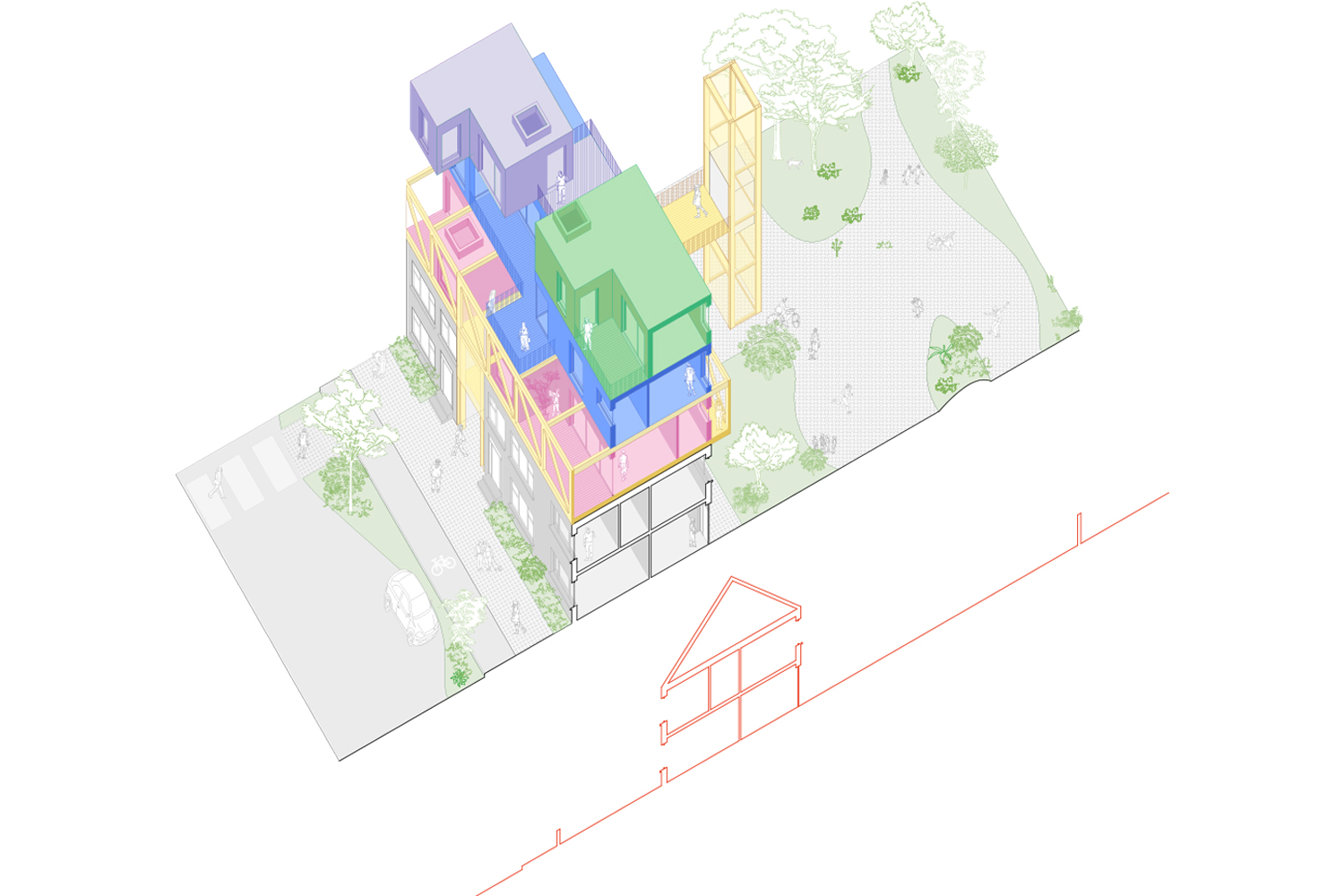 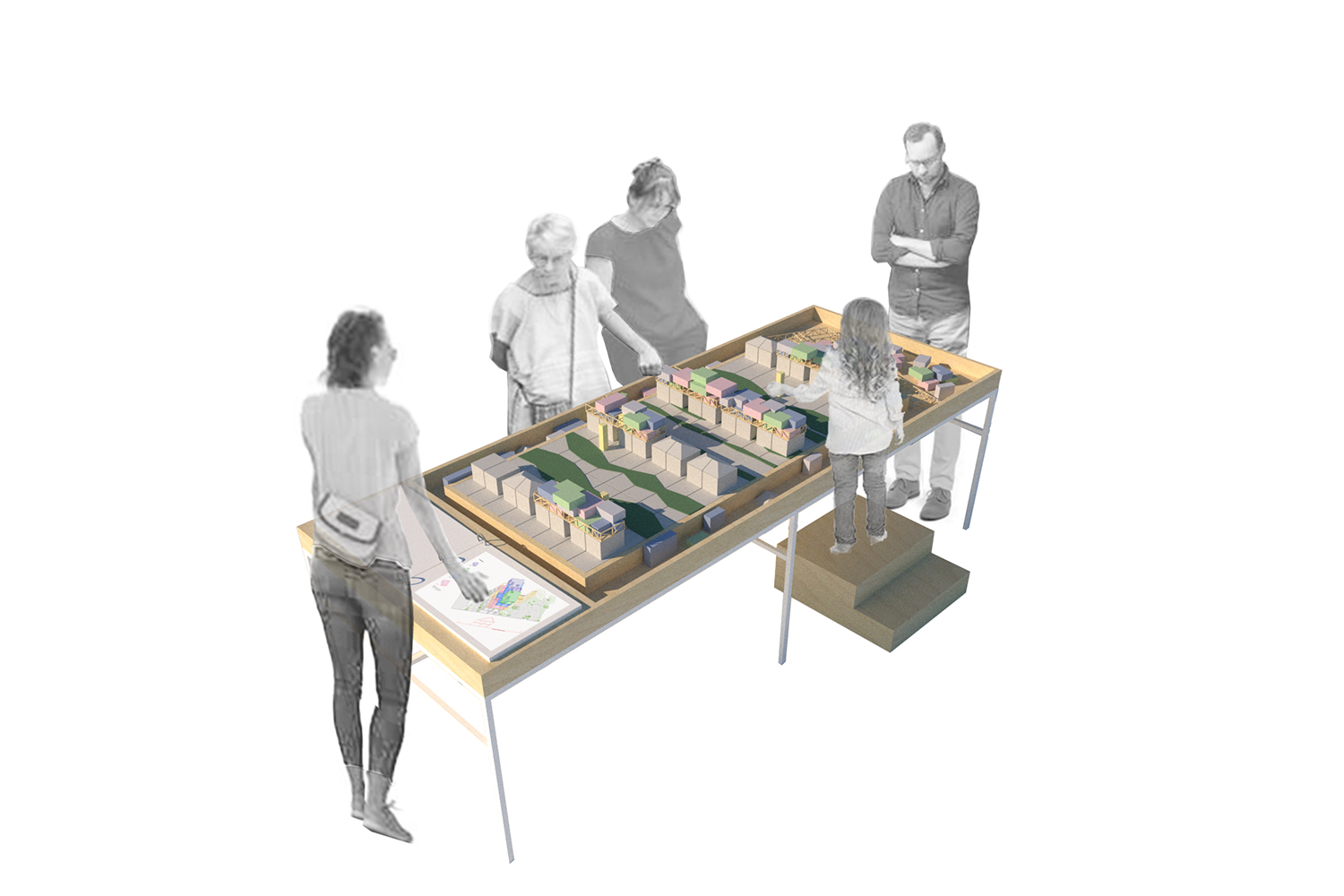 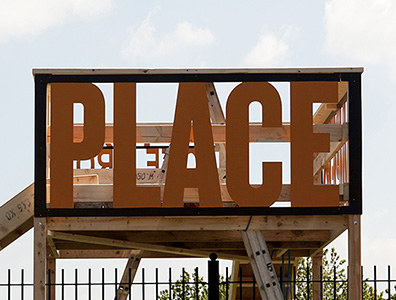 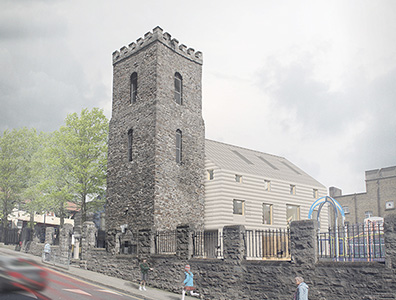 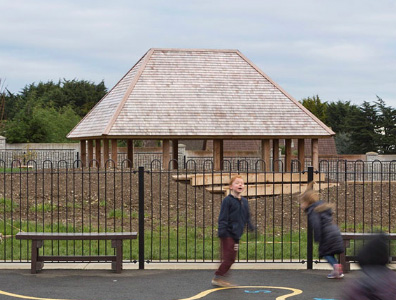 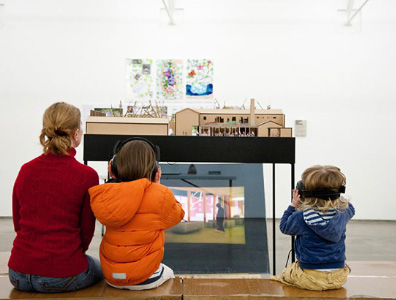 A Space for Learning